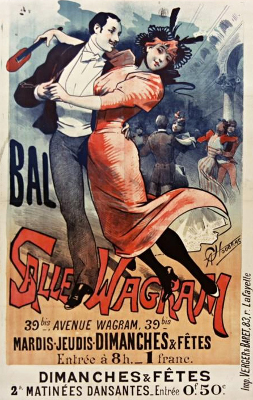 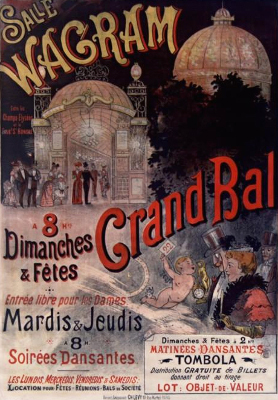 Location: Salle Wagram
Date: Monday, October 27, 2014
Time: 19:00-22:00
Price: free for all registered attendees, please make your registration at the venue before coming with the badge at the Welcome Reception
About the location:

Originally created as an open-air guinguette, or cabaret of the Parisian suburbs, the present salle de bal (dance hall) was constructed in 1865. The hall prospered under the Second Empire of Napoléon III, and it was here that authors Maupassant and Zola captured the audacity of an era without remorse. The hall was a favourite venue for Imperial parties and is the last architectural vestige of the dance halls which represented, under both the Directoire and the Restoration, one of the high places of Parisian life. Throughout the 20th century as well as into today, Salle Wagram—now a designated official historic monument—continues to welcome numerous spectacles, exhibitions, and concerts.

To get to Salle Wagram from La Défense, simply take Métro line 1 from the La Défense Grande Arche station to the Charles de Gaulle-Étoile station. Exit the station using the “Avenue Wagram numéros impairs” exit and walk up Avenue Wagram away from the Arc de Triomphe. From other points, take Métro lines 1 or 6 or RER A to the Charles de Gaulle-Étoile station, or Métro line 2 to the Ternes station. 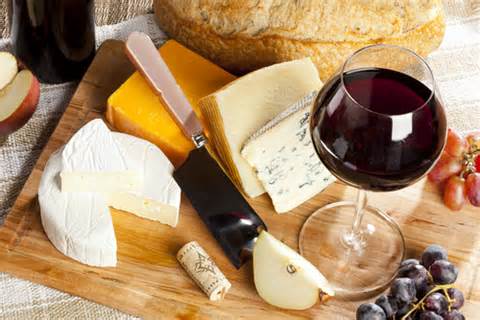 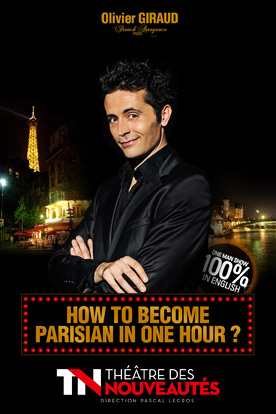 Survival guide for the Parisian jungle, in English. Olivier Giraud’s “How to Become a Parisian in One Hour” has become one of the must-see events in the city! After one hour of intensive instruction, nothing about Parisians’ behavior in stores, restaurants, taxis, métros, or nightclubs will escape you. Come enjoy yourself in an international atmosphere in which a multitude of nationalities mix to poke fun at the inhabitants of the French capital. And for you Parisians, a mirror of your daily life awaits… For more details, see http://www.theatredesnouveautes.fr/spectacle/olivier-giraud

Attendance is free, but a ticket is required. Ask for a ticket when arriving at the Welcome Desk. Only a limited number of tickets are available—first come, first serve! 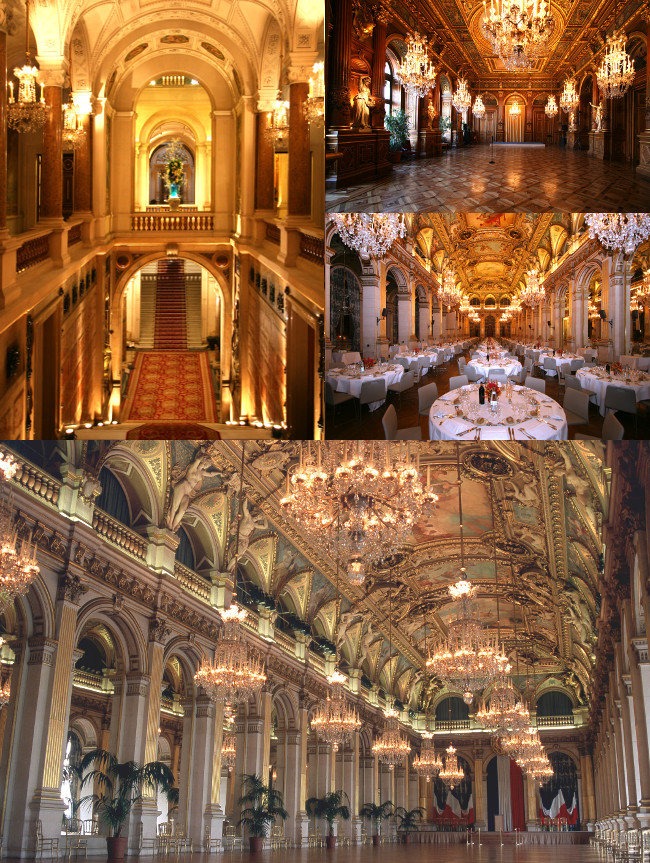 The Hôtel de Ville (City Hall) houses the city’s local administration, including the offices of the Mayor of Paris. While the city’s local administration has been located at this site since 1357, the current building was constructed between 1533 and 1628 between the reigns of Francis I and Louis XIII. The Hôtel de Ville was torched by a group of communards during the Commune of Paris in 1871, reducing the building to cinders and leaving only an empty stone shell. However, the building was restored from 1873 to 1892 in a Renaissance style inspired by the previous building.